Johnson & Johnson (J&J), the international pharmaceutical company whose headquarters are right down the road from the Eyet Law office, has won a $56 million dollar tax case before the Supreme Court of New Jersey that poses broad implications for tax law interpretation.

The case, the result of a long process of appeals, carries implications for how tax law may be interpreted. It clarifies requirements for New Jersey taxpayers from 2011 to 2020 and, importantly, delivers new insight into how courts might read ambiguous tax laws.

Johnson & Johnson, headquartered in New Jersey, is insured by Middlesex Assurance Company Limited (MACL). MACL, which is based in Vermont, was established to insure Johnson & Johnson.

MACL was formed solely to provide insurance coverage for Johnson & Johnson. Because of this, they’re categorized as a “non-admitted insurer” in New Jersey, which refers to insurance companies that offer coverage without being licensed to undertake insurance business in that state. As such, they operate under different regulations.

A decade ago, Congress passed the Non-admitted and Reinsurance Reform Act (NRRA) of 2010 which streamlined how non-admitted insurers could be taxed for out-of-state insurance premiums by states.

This move gave the insured’s state of residence the sole right to tax premiums for all coverage nationwide instead of granting tax rights to wherever there was nexus. For Johnson & Johnson, this meant that New Jersey alone could pass laws levying taxes on their out-of-state non-admitted insurance premiums (called an Independent Procurement Tax, or IPT), which they did in 2011.

Initially, Johnson & Johnson followed suit and paid IPT premiums in New Jersey for all nationwide premiums. But, in 2015, they filed for a refund for coverage outside of New Jersey, arguing that amendments did not, in fact, levy taxes on nationwide coverage.

How the Courts Responded

The New Jersey Division of Taxation initially rejected their case, stating that the 2011 amendment wasn’t clear and that the legislative intent appeared to be for IPT to apply to all non-admitted insurance acquired by New Jersey entities nationwide as per the NRRA.

Although a portion of the New Jersey amendment expanded the law’s scope to all nationwide coverage, the law only specified that this applied to surplus lines policies — a type of policy that is historically taxed like other non-admitted policies in New Jersey but which isn’t the type of coverage Johnson & Johnson acquired from MACL.

The Division of Taxation and the Department of Banking and Insurance (DOBI) countered by appealing to the Supreme Court of New Jersey. Their argument stated that the amendment should be read to apply to all non-admitted coverage, not just surplus lines coverage, and that when in doubt the courts should give deference to their regulatory interpretations. The Supreme Court followed the Appellate Division’s reasoning and rejected this argument.

Additionally, the laws governing surplus lines coverage had also been amended elsewhere to include nationwide premiums. As a result, interpreting the statute in question to apply to just those taxes would be to read the new language as duplicative, and therefore a legal nullity. Courts usually avoid these interpretations, given that they are ostensibly not what the legislature intended.

Altogether, the Supreme Court and Appellate Court found that this was not enough to determine the statutory language was unclear and the language clearly applied the nationwide scope of the tax to “surplus lines policy” premiums only. However, the courts held that even if the law was unclear the tax still wouldn’t apply, as the taxpayer should get the benefit of the doubt in such circumstances.

For most taxpayers, the key takeaway here is the guidance on how courts evaluate cases when tax statutes are unclear. In this situation, the courts determined the relevant statutes to be clear. However, another principle came into play: when in doubt, find in the taxpayer’s favor rather than defaulting to the Division of Taxation’s interpretations. 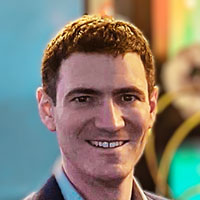 ← Previous: Sales and Use Tax for Remote Sellers: New Jersey So You Won the Lottery. Now What? →